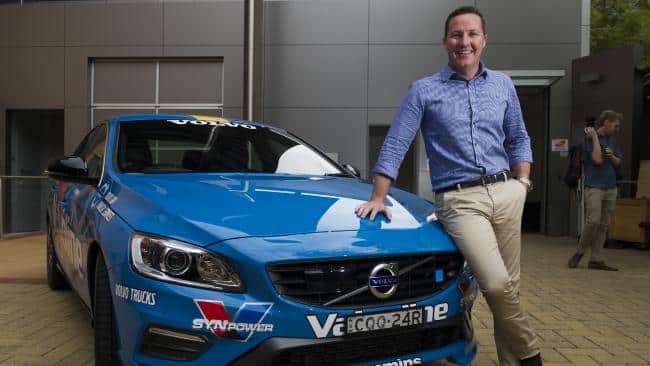 It’s been 23 years since Luke’s relationship with our guest in this episode began. Matt White has been a part of Australia’s TV sporting landscape as a commentator since 1992. His interest in media began long before that, starting his working life at a local newspaper, where he noticed the significant disposition difference between sports journalists and the rest of the team. Little did he know what lay ahead, but now, we wouldn’t know the V8’s without him. Ahead of the Clipsal 500 in Adelaide, Luke and Susie caught up with Matt to hear his story and get his thoughts on how one of the world’s most popular sports has changed.

Luke also uncovers one of Susie’s quirks. She can’t paraphrase a show she’s excited about. If it’s a 22 minute episode of a sitcom, Susie will take 28 minutes to retell the story. Ten minutes into a TED Talk, Susie took twelve minutes to catch Luke up.

Check out Network Ten’s coverage of the V8’s: tenplay.com.au
To find out about the Clipsal 500: Clipsal 500
The Everybody Loves Raymond Episode Susie can’t summarise is called “Baggage”.
To view the TED Talk: Dan Barber: How I fell in love with a fish