Representing Australia in the Table Tennis for the second time at an Olympic Games is David Powell. He’s a teacher, he’s a coach and he’s an elite sportsman. With the delay of the pandemic setting Tokyo’s Olympic campaign back a year, David is all set to represent the country and take on the world’s best in one of Australia’s favourite past-times. 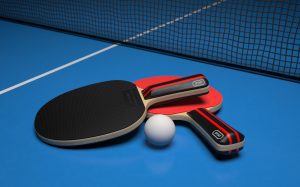