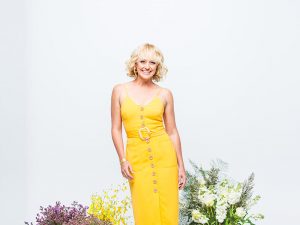 You know her best from Channel 9’s The Block but Shelley began her television career in the early 1990s, co-host role with children’s program Saturday Disney until January 2008 when Craft signed with the Nine Network.
One of the joys of Shelley Craft’s job is coaching contestants to overcome the challenges of The Block – whatever they may be.