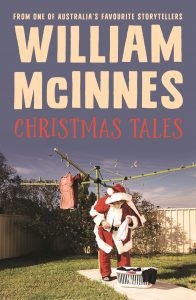 This was one of our favourite guests on the show, he had us in stitches the whole interview, Logie award winner, William McInnes. We’ll chat about his new book, Christmas Tales, talking all things Christmas in his own hilarious way!

McInnes shares his own run-ins with the Man-in-Red; starting as a teen working at Coles New World in Redcliffe and his first job as a shopping centre Santa, ending in him being frogmarched out by the store security!

William McInnes is an award-winning author and actor, whose popular newspaper columns have further secured his reputation as one of Australia’s favourite storytellers, and we can see why!