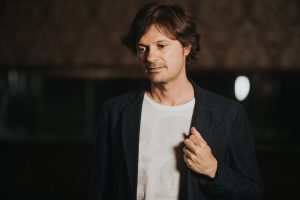 Darren is teaming up with other Aussie rockers for a one off, “The Beatles, Abbey Road Tour” around Aus.

In October 2019 The Beatles opus Abbey Road returned to #1 around the world, 50 years after its release, cementing its place as arguably the greatest album of all time.

In August 2019, in celebration of its 50th anniversary, some of Australia’s most respected musicians and members of iconic groups, collectively known as ARC — Kram (SPIDERBAIT), Mark Wilson (JET), Davey Lane (YOU AM I) and Darren Middleton (POWDERFINGER), brought The Beatles’ most audacious creation to life on stage, performing Abbey Road in full, from start to finish, followed by a second set comprising of a selection of hits spanning the breadth of The Beatles’ career and catalogue.

The reaction was momentous: sold-out shows, rapturous reviews and standing ovations every night.
To meet with the incredible demand and to celebrate the album returning to #1, the band are heading back out on the road for a final run of shows.

Darren Middleton is the guitarist and songwriter for one of the most successful Australian rock bands of the past two decades, Powderfinger, and now successful solo artist.

We talk about this amazing collaboration and tour, what is and isn’t true about Darren online and, of course, Powderfinger.

For more details on the tour, go to:  livenation.com.au