Dr Jeff Brodsky – The Least of These | Luke and Susie 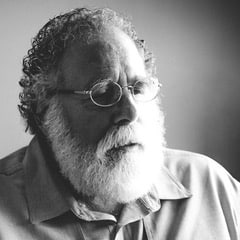 For the past nine and a half years, Jeff has gone barefoot—all over the world, in any weather—to bring awareness to child sex trafficking.

This is not your run-of-the-mill advocate for those enslaved around the world.  He literally has skin in the game.  The founder of Joy, an organisation committed to help coorindate the rescue, restoration, reintegration and prevention of commercial slavery, Jeff works tirelessly with his teams to see a brighter future for all children.

Jeff is about to embark on a record breaking bike ride on April 1, 2020,  from Disneyland in California to Disneyworld in Orlando, Florida. He’s riding over 4000 km to raise awareness for child trafficking. According to the Guinness Book of World Records, there is no one on record who has attempted to bicycle that far in bare feet.

He also has a book, “The Least of These”, where you can experience the frontline of Jeff’s work as he shares his stories, likened to Indiana Jones.