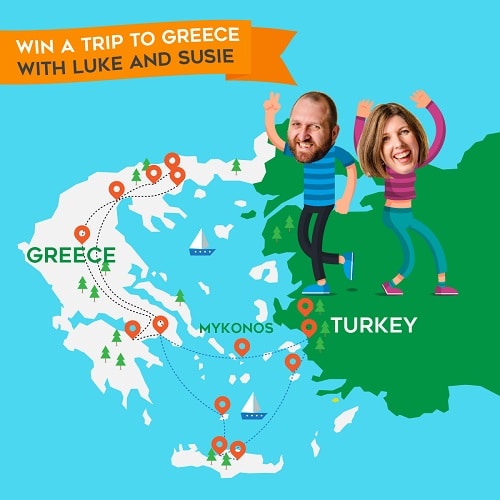 WIN A TRIP ON

Luke and Susie and the kids are heading to on a trip Luke has imagined for 22 years. His dream is finally coming true and you can be joining him on this epic journey to experience the history that is across Greece and Turkey.

To have a chance to win simply fill in the free entry form below.

Details about the trip

Full buffet breakfast (B) daily
5 three-course dinners (D) with wine, including welcome and farewell dinners in Athens
plus all meals on board daily featuring full a la carte breakfasts (B), lunches (L), and dinners (D).

ATHENS.
Your holiday ends with breakfast this morning. (B)